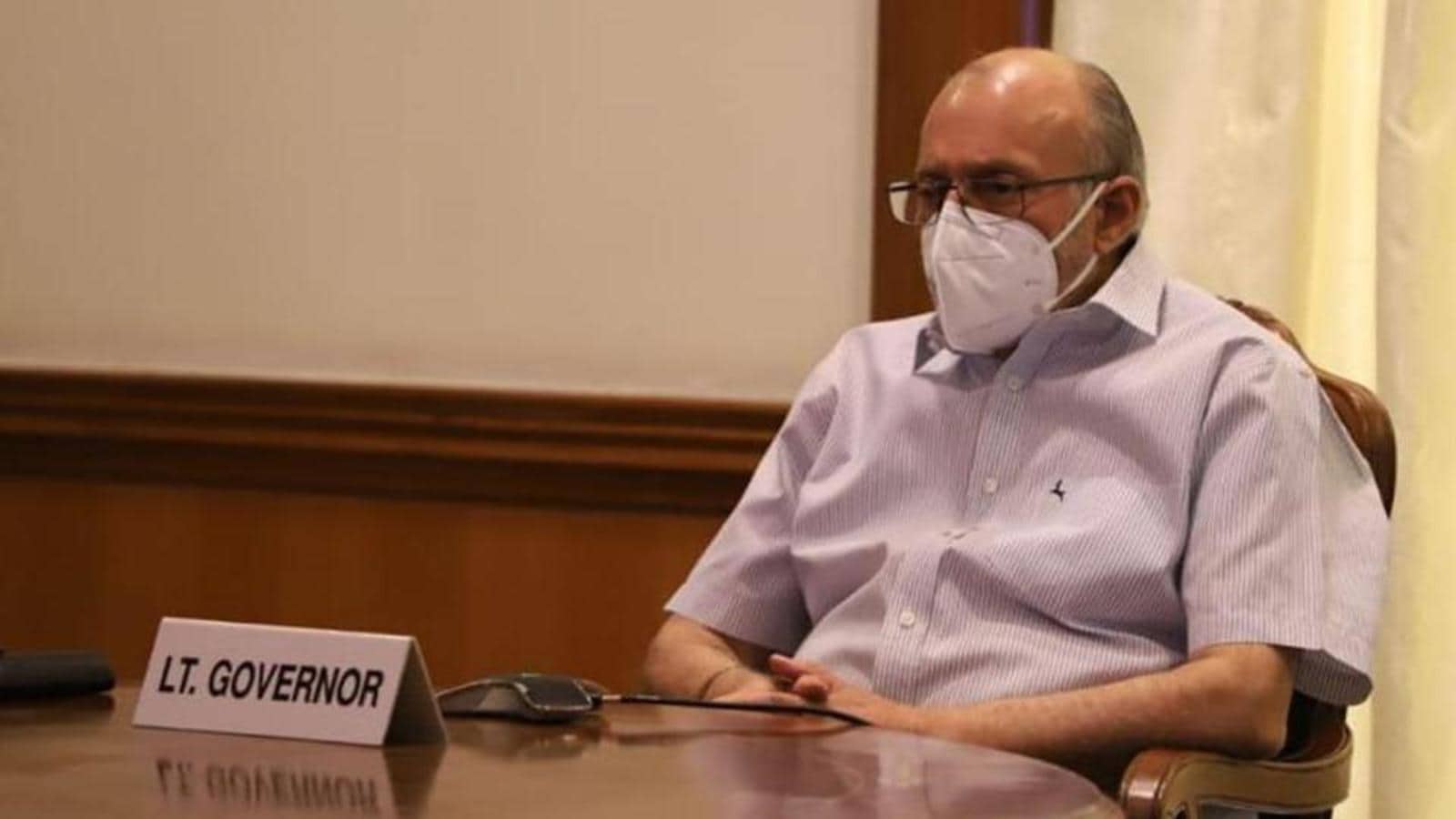 Delhi’s lieutenant governor (L-G) Anil Baijal on Thursday wrote to deputy chief minister Manish Sisodia criticising his letter accusing the L-G of encroaching upon the area of the elected authorities by holding conferences with bureaucrats independently with out involving involved ministers on vital issues. He additionally mentioned that Sisodia mustn’t have made the letter public and moderately taken up issues over administrative points over a private dialogue.

In his letter, Baijal mentioned his current conferences with bureaucrats concerned points similar to Covid-19 administration, implementation of schemes similar to ‘One Nation, One Ration Card’, water provide and housing. He added that Sisodia’s letter didn’t specify any occasion of “obstruction” and accused the Aam Aadmi Party (AAP) authorities of his efforts by way of a “biased lens”.

“Several complicated administrative issues involve multiple departments and it is needless to say that [in] matters of public importance, the opinion of the elected government should be in favour of cooperation and harmony… Your letter does not mention any specific instance of obstruction caused to the decision of the elected government on any issue… It is unfortunate that my efforts with clean intent towards public welfare were seen through a biased lens and misinterpreted. In the end, I want to repeat that I shall continue fulfilling my constitutional responsibilities aimed at serving the people of Delhi,” mentioned Baijal’s letter to Sisodia, written in Hindi, a replica of which HT has seen.

He additional mentioned that a number of the conferences with chief ministers of Uttar Pradesh and Haryana relating to scarcity of water provide in Delhi was chaired on request from Delhi chief minister Arvind Kejriwal.

Sisodia, in a letter to Baijal, despatched on Saturday, had objected to the L-G holding conferences with bureaucrats and alleged that he instructed them on works that got here beneath the purview of the elected authorities. Sisodia known as the L-G’s actions “murder of democracy” and violative of the Supreme Court judgment.

“Over the last few months, you have been calling prominent officials of the Delhi government to your office and issuing directions related to work of their departments. I have also come to know that you are issuing directions to the officials on subjects that come under the purview of the elected government, without even keeping the ministers in the loop, and later officials of the L-G secretariat are pressuring the bureaucrats to implement such orders,” Sisodia mentioned within the letter, a replica of which was seen by HT.

The deputy CM “humbly requested” Baijal to desist from such “activities”. “Under the Constitution, the Delhi LG can take decisions only on police, land and public order,” Sisodia mentioned, citing the Supreme Court order of July 4, 2018, which mentioned that the L-G ought to work with the help and recommendation of the elected authorities.

Baijal wrote again to Sisodia on Thursday claiming all his conferences had been “within” his workplace’s “domain” and his efforts had been being subjected to “wrongful allegations instead of due appreciation”.

“These meetings are essential in the light of better coordination among multiple agencies and they are important in ensuring efficient implementation of welfare schemes and programmes. Such meetings aimed at fulfilment of responsibilities of this office towards ensuring public welfare are not new but never before have any objections been raised against them,” he wrote.

He added that he had no hesitation in sharing particulars of the conferences held within the final three months.

“There have been three review meetings of the Delhi Disaster Management Authority (DDMA) focussing on strategies and preparedness against potential waves of the Covid-19 pandemic in future. There have also been routine meetings of the DDMA on status of vaccination, compliance of Covid-19 appropriate behaviour, PSA oxygen plants in hospitals, facilities concerning supply of medical oxygen among hospitals, strength of healthcare and paramedic staff, sero-survey, relaxations concerning economic activities, strategies on micro containment, contact tracing and tests, and information and awareness campaigns. Stakeholders such as the National Disaster Management Authority, health and revenue departments, police and panels of experts have participated in these meetings… Are meetings organised to enhance coordination among them to ensure better Covid-19 management unconstitutional now?” Baijal requested within the letter.

“Delhi is also facing shortage of water and Delhi chief minister (Arvind Kejriwal) had himself asked me to personally discuss the water issue with chief ministers of neighbouring states Uttar Pradesh and Haryana. To address hardships faced by people due to shortage of water supply, three meetings were held which involved representatives of the environment department, urban development department and Delhi Jal Board,” the letter mentioned.

He asserted that every one the aforementioned conferences had been performed by way of video convention facility and never essentially by way of bodily attendance of all stakeholders in Raj Niwas. “When decisions are to be taken, concerned officials and ministers are invited to attend these meetings…,” the letter argued.

Sick leave improve: What you need to know