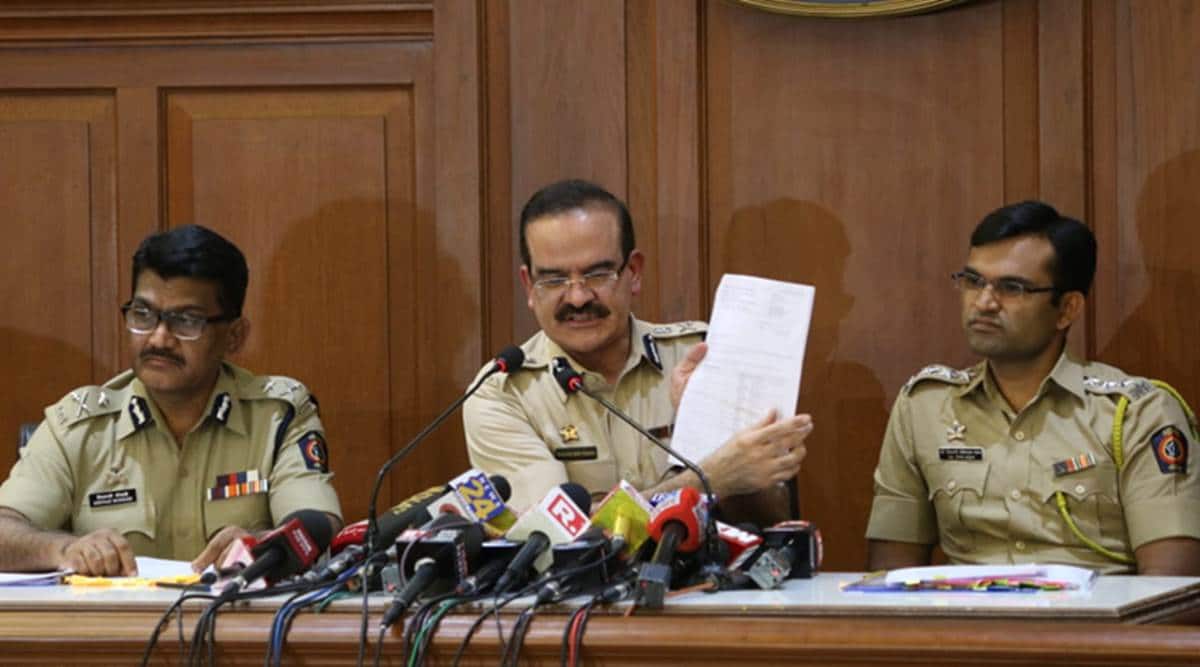 The Marine Drive police have registered a case of dishonest and extortion against former Mumbai police commissioner Param Bir Singh, 5 different police officers, and two others on a complaint from a Bhayandar businessman.

The two civilians named by businessman Sham Sundar Agarwal in the FIR late Wednesday have been arrested, and produced in courtroom on Thursday. Identified as Sanjay Punamia and Sunil Jain, they’ve been remanded to police custody for seven days.

Agarwal alleged that he was falsely implicated in a case and the eight conspired against him and demanded cash in return for not arresting him.

Aside from Singh, the opposite police officers named in the case are Deputy Commissioner of Police Akbar Pathan, ACP Sanjay Patil, ACP Shrikant Shinde and police inspectors Asha Korke and Nandkumar Gopale.

Agarwal and his two nephews Sharad and Shubham are in the development enterprise at Mira Road and Bhayandar space. He had a long-running dispute relationship again to 2011 together with his erstwhile enterprise companion Punamia, which was settled in the Bombay High Court in April this 12 months. The complaint Wednesday by Agarwal, on the idea of which the police have registered a case, that he accepted the settlement beneath duress, has opened up an previous dispute once more.

This is the second case against Param Bir Singh after his falling out with the federal government following his allegation that as Home Minister, Anil Deshmukh had requested Sachin Waze, the Assistant Sub-Inspector arrested in the Ambani safety scare case, to gather Rs 100 crore month-to-month from Mumbai bars and eating places.

In the state, up to now, one FIR beneath related sections of atrocities act was registered against the previous Mumbai CP.

In his complaint, Agarwal made a string of allegations that Punamia and police officers have been working collectively to extort cash from him and his nephews. Agarwal alleged in his complaint that he was arrested in 2016 after a case was registered against him in a Thane police station, on the time Singh was the Thane police commissioner. The case was registered on the behest of Punamia, he has alleged in line with the FIR.

Agarwal claimed Punamia was a “close confidante” of Param Bir Singh and that he repeatedly used Singh’s title to threaten him and extort cash from him. He claims to have paid giant sums of cash to keep away from arrest, although nowhere in the complaint is it talked about that he handed over cash to Singh.

In February, on a complaint of Punamiya, an FIR of extortion, conspiracy and prison intimidation was registered against Agarwal at Juhu police station. The case was subsequently transferred to crime department unit IX of which Gopale was incharge and Korke was additionally posted there. Sections of Maharashtra Control Of Organised Crime Act (MCOCA) have been additionally added to it. Agarwal’s lawyer Shekhar Jagtap instructed The Indian Express that threatened with arrest beneath the MCOCA, “my client was forced to sign on the forged deed of settlement which was submitted in the High court on April 21.”