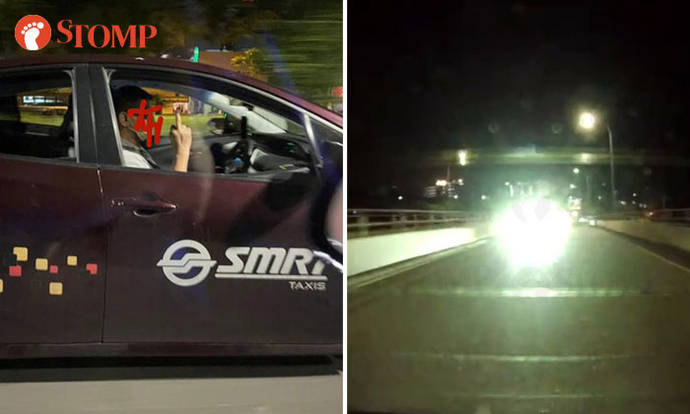 A cabby was seen driving together with his high beam turned on along Bartley Viaduct in direction of the Central Expressway (CTE) on Tuesday night (July 22).

A Stomper shared that the cabby was appearing like a “hooligan” and flashed his middle finger at him.

“After I overtook the taxi, he started to high beam all the way,” he mentioned.

“I have in-car camera footage only and my partner managed to take a photo of the taxi with her handphone.

“Is this acceptable in Singapore?”

Drivers are suggested to dip their high beam when assembly different motorists, particularly when they’re instantly behind one other car, because the beam will be mirrored by the rear view mirror dazzle the driving force.

The Stomper added that he felt threatened and he has since made a police report.