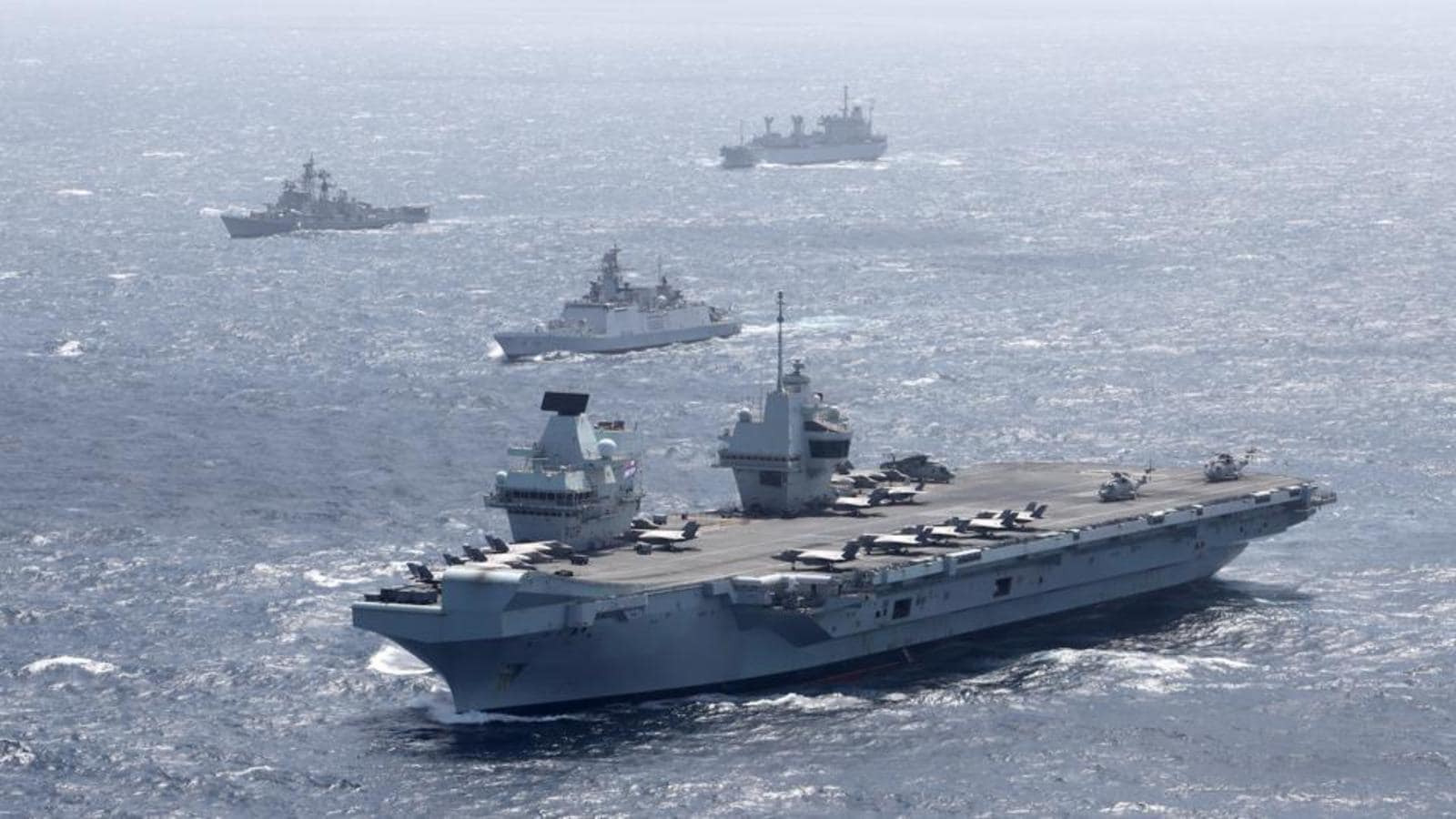 The plane service HMS Queen Elizabeth, Britain’s largest warship, and its strike job group is conducting advanced maritime workouts with the Indian Navy in the Bay of Bengal as half of efforts to boost interoperability and naval cooperation.

Britain has despatched the 65,000-tonne service and its job group to the Indian Ocean as half of the nation’s strikes to boost its profile in the Indo-Pacific and to foster defence ties with nations throughout the area. The job group is about to sail to the disputed South China Sea on the subsequent leg of its deployment.

The three-day annual Konkan exercise between the Indian and British navies, which started on Wednesday, will see warships from each side conducting a variety of multi-ship, air, sea and sub-surface maritime drills, in addition to shut quarter manoeuvring.

“This enables both forces to advance their interoperability and cooperation ahead of further exercises when the [carrier strike group] returns to the Indian Ocean in the autumn. The combined forces equate to 10 ships, two submarines, approximately 20 aircraft and almost 4,000 personnel,” the British excessive fee stated in a press release.

“The joint endeavour provides tangible security to our friends and a credible deterrence to those who seek to undermine global security. An Indian warship will also exercise with the Royal Navy off the coast of the UK in August,” the assertion added.

The exercise is being performed at a time when each the UK and India are in the midst of bolstering the capabilities of their navies with plane carriers, and UK service strike group is spearheading Britain’s joint expeditionary functionality.

HMS Queen Elizabeth is supplied with fifth technology F-35B Lightning multi-role plane, that are collectively manned by the Royal Air Force, Royal Navy and US Marine Corps. The group consists of six Royal Navy ships and a submarine, a US Navy destroyer, a frigate from the Netherlands and 32 plane, and is manned by 3,700 sailors, aviators and marines from the mixed forces of the UK, US and the Netherlands.

The UK’s First Sea Lord, Admiral Tony Radakin, stated: “This is a month that will see the Royal Navy and Indian Navy meet and work together in two oceans – beginning in the Indian Ocean as the UK carrier strike group arrives for the first of multiple UK-India exercises and events.

“Later this summer, both will participate in a separate exercise in the Atlantic Ocean. The deployment is proof of the strength, energy and significance of the growing relationship between our navies.”

Vice admiral Ben Key, Britain’s chief of joint operations, described the service strike group’s deployment as a “symbol of Global Britain in action” that showcased the UK’s dedication to India, the Indo-Pacific and confronting threats to worldwide order.