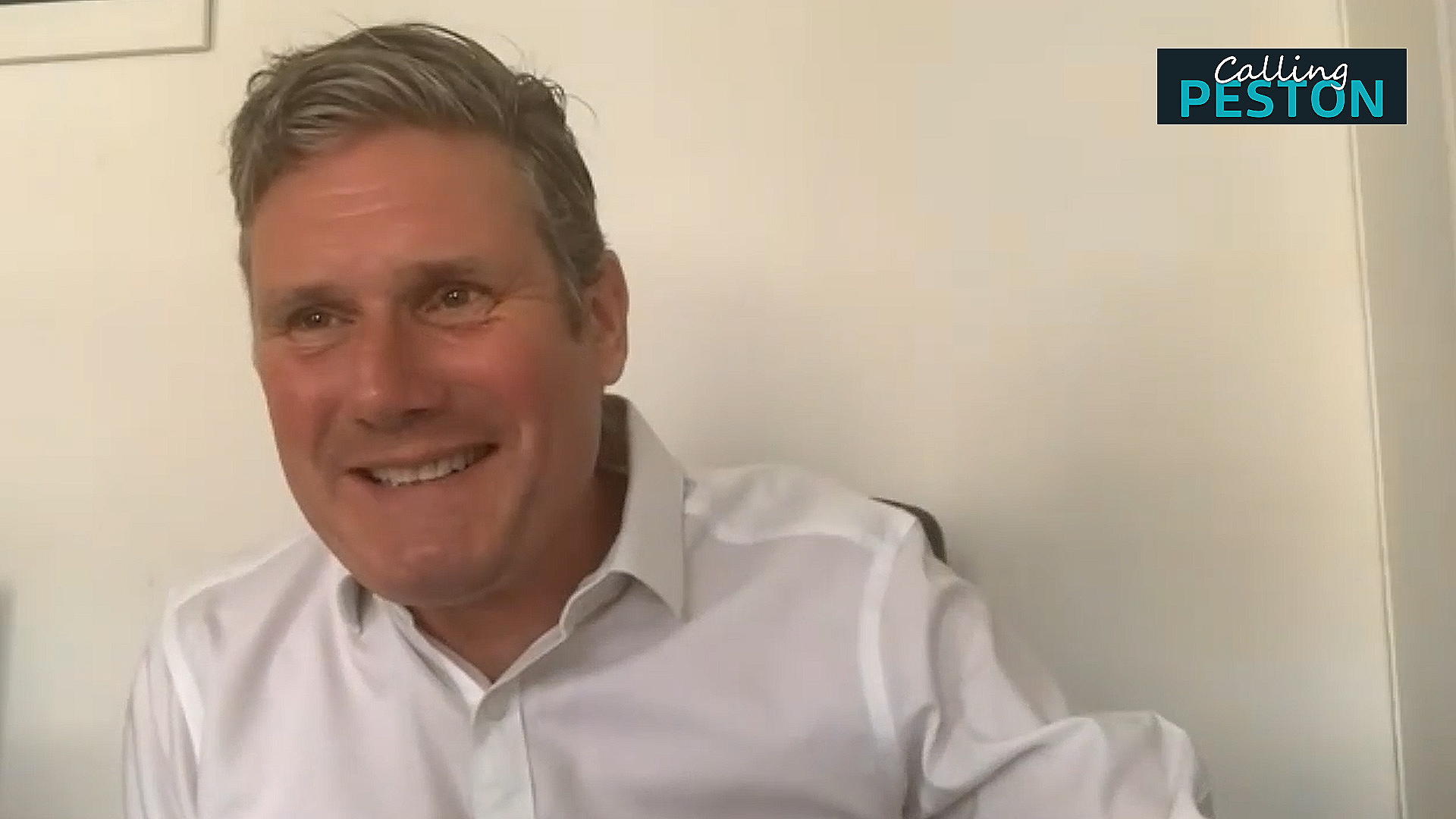 Keir Starmer: ‘Boris Johnson is lucky…the road will run out’

Sir Keir Starmer has stated time is operating out for Boris Johnson, because the Labour chief stated he was able to struggle the prime minister in a basic election as early as subsequent 12 months.

Speaking to the Calling Peston podcast, he attributed Mr Johnson’s reputation to him being “really lucky” in having the NHS rollout a profitable coronavirus vaccination programme and the Treasury’s furlough scheme.

“The point I’m making is that the two things that people are most concerned about in the last 18 months, as I say their health and basically their job, have been covered by either vaccine or furlough. We’re coming to the end of those.”

He prompt the general public will be able to punish the prime minister for his “broken” guarantees by the point of the following election and other people will be on the lookout for a pacesetter with integrity.

Sir Keir Starmer believes the road will run out on Johnson’s luck:

“I don’t buy into this argument that character just doesn’t matter,” he said.

“I do think that in the end integrity honesty and accountability do matter and I think there will come a point at which the road will run out for Johnson on this.”

In an exclusive interview to mark the Calling Peston podcast’s 100th episode, Sir Keir said he believes Mr Johnson will seek to hold a general election in May 2023, “before all of his broken promises catch up with him”, but he will be ready as soon as next year.

He said: “I think Johnson will want to go to the country before all of his broken promises catch up with him and May 2023 seems to me, looking at all the economic outlooks etc, to be a time when he might go to the country – if he goes earlier than that we’ll be ready.

Sir Keir did not rule out forming a pre-election coalitions with left leaning parties, when asked by Robert Peston if there was any potential for joining forces.

Starmer: ‘We’ll be ready for an election as soon as one is called’:

“We’ve got to do a lot more work, you know, obviously going into the next general election,” he said, “there will be a question of what we do.”

“There’s a majority broadly against the Tories in the country and obviously we’ll have to see how we go into the next general election, but, you know, the rules are what they are, but we’re rebuilding our party, putting out our arguments and going hell for leather for that election probably on May 23, I suspect.”

When requested, Sir Keir joked that he may use Gary Neville and different footballers in his shadow cupboard, with gamers united of their want to sort out the federal government.

“Oh yeah, we’ll have Gary – I think there’s quite a few in the England team who would equally want to be in the shadow cabinet, so we’ll have a sporting shadow cabinet with all of these stars in.

“Gary’s been very outspoken and he’s been very critical, rightly, of the prime minister,” he stated.

Sir Keir stated he would unveil his imaginative and prescient for the UK underneath his management in September this 12 months.

“We’re going to set it out at party conference, but in very broad terms I want a country that we can all be proud of because of our success, whether that’s economically, with the future of our economy, whether its internationally, whether for that matter whether its culture, art or sport.”

He added: “A country we’re proud of because we look after each other and we harness the spirit of the pandemic and embrace community and bringing people together and that includes a big argument about the future of public services and a country we can be proud of because we treat everyone with respect and dignity.”

Listen to the complete interview with Starmer within the Calling Peston podcast’s one centesimal episode: