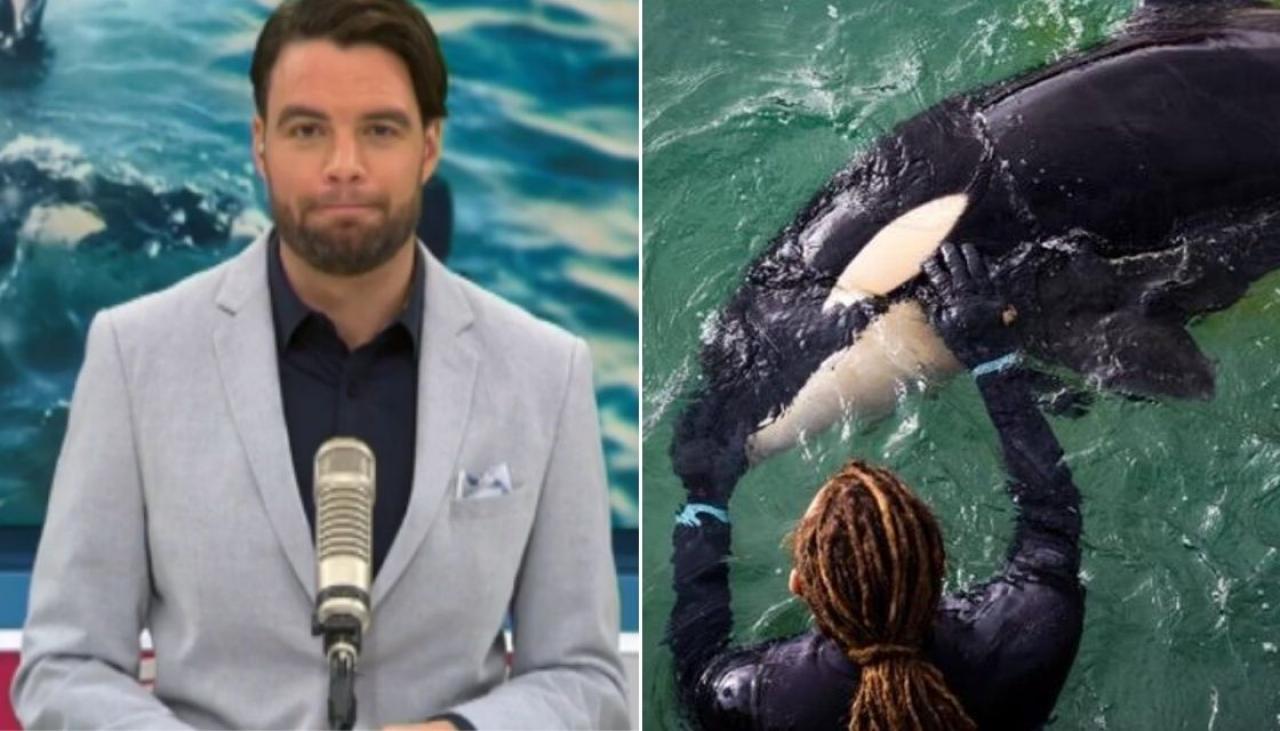 Ryan Bridge: By the looks of it, Toa the killer whale is receiving better care than our kids in state care

It’s unhealthy information sadly. No, not that unhealthy, it is nonetheless alive. But, it looks like he is beginning to fade.

Its carers report a dip in power ranges for the calf. It’s once more transferring home, from the swimming pool in the carpark again to the ocean, the place will probably be held in a pen.

It’s injured too – his pectoral fins and tail fluke. His eye is infected.

The Department of Conservation (DOC) says Toa is “more lethargic” and never vocalising as a lot as beforehand.

It’s been 12 days since the killer whale was discovered washed up on rocks in Plimmerton. Twelve lengthy days.

Barring an orca pod being discovered after which accepting this wee one, it will in all probability must be put down.

It’s an terrible lot of expense and time and power, gas for the spotter planes, gas for the search boats, round-the-clock-care from DOC – better care than some of our human kids in state care obtain, by the looks of it.

At some level, is some official or politician going to say this cash could be better spent elsewhere? I’m simply questioning.

Ryan Bridge is filling in for Duncan Garner as host of The AM Show.