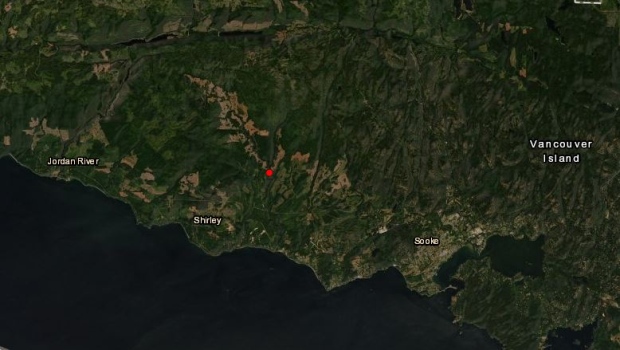 Wildfire on southern Vancouver Island triples in measurement, now ‘out of management’

VICTORIA —
A wildfire burning on southern Vancouver Island has tripled in measurement Thursday, breaking free of the management of firefighters.

The Muir Creek hearth, in a distant valley northeast of Shirley, B.C., was found Friday.

Fire crews had efficiently contained the blaze to one-third of a hectare till Thursday morning, when the blaze had reached one hectare, or roughly two and a half acres.

The hearth is now “out of control,” in keeping with the BC Wildfire Service.

Investigators suspect the fireplace was human-caused.

A helicopter, two water vehicles and a crew of 9 personnel on the bottom are at the moment battling the blaze, Jakobsen stated.

“They will be there all day,” Jakobsen stated, however famous “resources change all the time as the needs change on the fire.”

Investigators suspect the fireplace was human-caused.

The Muir Creek hearth is at the moment the one wildfire on Vancouver Island, in keeping with the wildfire service.

How to change Alexa’s voice